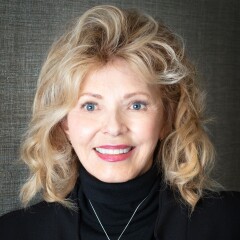 Sally Ann Ranney, Board of Directors

Co-Founder & President, American Renewable Energy Institute/AREDAY
Founder Global Choices and Stillwater Preservation LLC
Sally is a business woman, environmental strategist, activist and visionary with four decades of experience in environmental management, renewable energy, and climate change solutions. She works in the public and private sectors at the local, national and international levels. Ranney is president and co-founder of the American Renewable Energy Institute (AREI) and AREDAY Summit, chairwoman, co-Founder & president of GlobalChoices.Org and CEO of Stillwater Preservation, LLC, a wetlands mitigation banking company. Sally serves on the National Board of Directors of the National Wildlife Federation and the Climate Accountability Institute. She has worked with three US Presidents, including Presidents Carter and Clinton, and received a Presidential Appointment by President Reagan to serve on the Presidential Commission on American Outdoors. Sally has received a number of awards for her outstanding contributions, including the Horace Albright Award, International Conservation Award, Earth Guardians’ Earth Stewardship Award and the American Riviera Woman Entrepreneur of the Year Award. She also served as Patron of Nature for the International Union for the Conservation of Nature (IUCN).