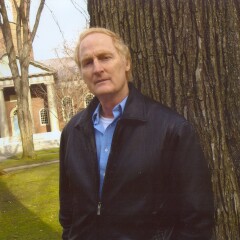 Fmr. Senior Research Scientist, Center for Population and Development Studies, Harvard University;
Chair New Paradigm Fund
A founding board member of BCI, Ted is a medical anthropologist working in public health and development. He was a senior research scientist at the Harvard School of Public Health and served as senior research scientist at the Harvard Center for Population and Development Studies for eight years, the last three years as director of the AIDS Prevention Project. He was later affiliated with the Department of Population and Reproductive Health at The Johns Hopkins University and the George Washington University as research professor. He was appointed to serve as a member of the Presidential Advisory Council on HIV/AIDS and served on the Office of AIDS Research Advisory Council for the National Institutes of Health. Ted is the author of nine books, including Broken Promises: How the AIDS Establishment Has Betrayed the Developing World, Rethinking AIDS Prevention: Learning from Successes in Developing Countries, and Indigenous Theories of Contagious Disease. Ted also serves on the board of Medical Care Development and is Chair of the New Paradigm Fund.